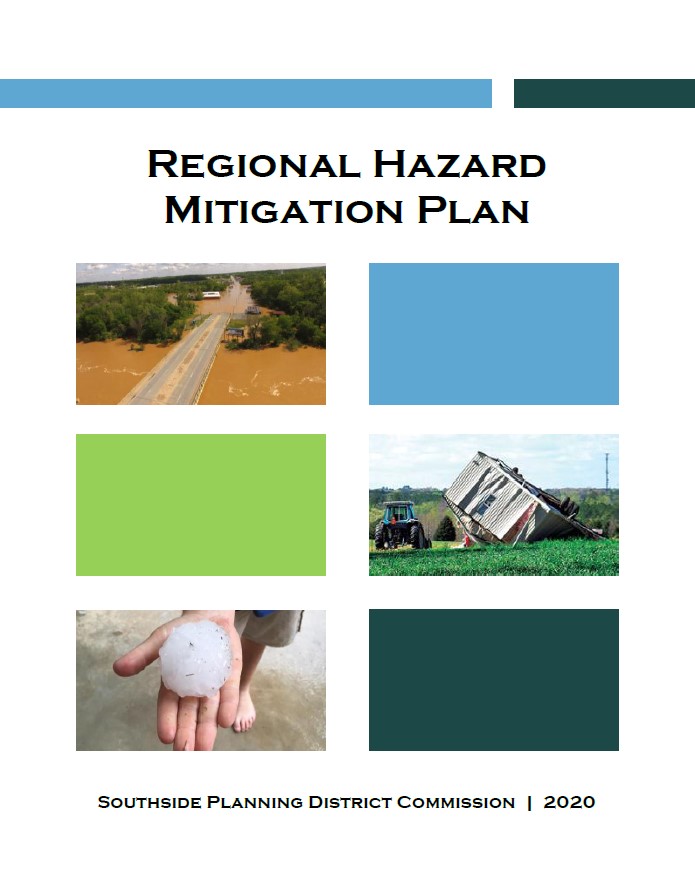 In accordance with the Robert T. Stafford Disaster Relief and Emergency Assistance Act, since amended by the Disaster Mitigation Act of 2000, local governments are required to develop a Federal Emergency Management Agency (FEMA) approved hazard mitigation plan as a condition to be eligible to receive funding for mitigation projects. Local hazard mitigation planning involves the inventorying of community resources, identifying and assessing hazards that have potential to negatively impact the region and determining how to best minimize or manage risks associated with identified hazards.

Hazard mitigation plans are reviewed and updated on a five year cycle. As part of the process, regional and local mitigation goals and strategies are reexamined and new ones created. This is in an effort to better define potential mitigation projects on the regional and local levels. The planning process itself involves input from the public, safety officials, representatives from local governments and other community stakeholders. By being proactive and putting mitigation measures into place, risk to life and property can be reduced and thus creating a safer and more disaster-resilient community.

The Southside Planning District Commission (SPDC) was recently awarded funds from FEMA and the Virginia Department of Emergency Management (VDEM) to conduct a comprehensive review and update of the 2013 Natural Hazard Mitigation Plan. This process will include updating data related to the historical occurrences of hazards and their location, impact, and financial losses. Additionally, mitigation goals and strategies will be reviewed, updated and prioritized in an effort to identify and push for projects that will ultimately reduce risk to future damages.

A Hazard Mitigation Plan update kickoff meeting was held that included representatives from the SPDC, VDEM, DCR, numerous local jurisdictions, and other community stakeholders.  This meeting provided an overview of the update process as well as a look at several grant opportunities for future mitigation projects.

The planning team met to review work that had been completed on two sections of the Hazard Mitigation Plan, the Regional Profile and Hazard Identification.  The Regional Profile provides a broad overview of the region, including the counties of Brunswick, Halifax, and Mecklenburg.

Hazard Identification focuses on the hazard events that are most likely to impact our region.  Each hazard identified includes a description, what locations are impacted by it, how strong the weather event can be, previous occurrences, and how the region may be impacted by it in the future.  The hazard identified include: tropical cyclones (hurricanes, tropical storms, tropical depressions), flooding, tornadoes, severe winter weather (snow/ice), extreme temperatures (heat/cold waves), severe storms (hail, high winds), earthquakes, landslides, wildfires, drought, lightning, and dam failure.

There was also discussion on collecting data related to critical facilities/infrastructure, conducting an overall risk assessment (ranking each hazard based on future risk to the region and for each jurisdiction), outreach strategies, and capability assessments for each local jurisdiction to particpate in.

The planning team met to learn and discuss the hazard rankings as well as the methodology utilized.  Each hazard was reviewed and ranked for each jurisdiction.  Other topics of discussion included: overview of the data collected for critical facilities/infrastructure, an update on the ongoing capability assessment for each jurisdiction, the reviewing and updating of regional goals and mitigation actions, and the review of a draft community survey.  Future tasks will include reviewing and updating each jurisdictions mitigation actions, the running of FEMA's disaster simulation software known as HAZUS, making the survey available to the public through various platforms, and holding a public meeting.

The planning team met to review the revised plan based on comments from the public that were obtained during public meetings held on October 28th, 2019 and January 15th, 2020.

On August 10, 2020 FEMA notified the Southside Planning District Commission that the 2020 version of the Regional Hazard Mitigation Plan was "Approved Pending Adoption".  This means that as soon as one locality officially adopts the plan through a resolution it will go from the current designation of "expired" to "current".

A public survey was made available from August 30th - September 30th and was posted on the SPDC website and Facebook page.  Several localities and organization helped spread the word by sharing the survey through various platforms (website, social media, email) for the benefit of the public.    pdf Hazard Mitigation Public Survey Results 2019 (120 KB)

A public meeting was held on Monday, October 28, 2019 from 7:00 p.m. to 9:00 p.m. in the conference room of the Southside Planning District Commission. The meeting included a presentation on the Hazard Mitigation Plan and then evolved into an open house event in which SPDC staff answered several questions from the public.  Display boards for each of the 15 jurisdictions included the following information, as applicable: hazards identified, hazard rankings, hazard maps, draft mitigation actions, and public survey results.

A second public meeting was held on Wednesday, January 15, 2020 at 5:00 p.m. in the conference room of the Southside Planning District Commission.  The meeting included a presentation on the Hazard Mitigation Plan and included display boards for each of the 15 jurisdictions with comment forms.

Public comments on the 2013 version of the Hazard Mitigation Plan or any of the updated draft documents for the 2020 Plan can be provided at any time. Should you have any feedback that you wish to share or just have a general question, please contact Chad Neese at (434) 447-7101, ext. 211 or at cneese@southsidepdc.org.